New corporate design of the Octum stand at Control 2009 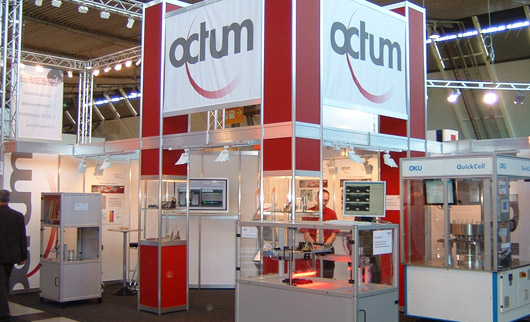 Octum presented at the Control 2009 for the first time the new corporate design of our stand and received positive feedback from the trade visitors. The stand design as well as the exhibits for assembly inspection, surface inspection and 3D inspection displayed together with the new company brochure, were stated as positive or outstanding.

From a statistical point of view, we had less visitors at our booth compared to last year, probably due to the economic crisis in some of the industries we serve. In terms of quality we had concrete requests for applications especially for 3D- and surface inspection.

We hope that the positive feedback received on the fair, will be reflected in the mid term in new implemented projects.